Rain
Last evening, it began to rain, early in the evening.
I had just spoken to Alan, who is back staying at the railroad track spot, where he is unprotected from the rain and from a mystery thief.
The weather forced me under my trolley before 8pm., where I fell asleep quickly, having had a cold for the past couple of days, and needing rest.
I woke up when the puddle of water, which normally only seeps under the trolley after a heavy rainfall, had done exactly that. My right elbow had gotten wet. I pulled myself a few feet further back, out of the puddle. This had the drawback of making me more visible in the morning, when daylight came. I used this as a catalyst to get up and go to the Presbyterian, for a cup of coffee. I gave my egg away.
The night had been passed fitfully; in a struggle to gain a positive attitude.
I was down to 13 cents, I had a cold, all my clothes are dirty, my hair is knotted impossibly and I am out of conditioner. My guitar strings are at the point of breaking, and the straps on my backpack are both snapped. My other backpack was stolen by the mystery thief, who might be Thomas.

Soon my spot will be uninhabitable, when the trolleys are put into service  for the Mardi Gras. etc.
I lay there making an inventory of everyone that I hated, and dredged up some that I had forgotten about; those who had wronged me years ago.
I Struggle With Anger
To say that I was struggling with anger would be accurate.
I think the trolley has an evil spirit. I often lay there with an imaginary film playing in my head, taking me back to all the times that I've been lied to, cheated and stolen from. My fists clench and I want to punch something. It's hard to go back to sleep with all the adrenaline flowing..
I am probably withdrawing from alcohol and tobacco, which I have not been able to afford the past 4 days.
It is also hard to have self esteem, when the world rewards you with little for what you do.
It was a mistake to go to the Presbyterian where everyone who spoke to me did so as a prelude to asking me for something; smiling like a cat and saying "Hey, guitar man, how's it going? Hey, you got a dollar?"
This was my time to ask somebody for something, even if it was a couple puffs off some one's cigarette.
It doesn't work that way. Myself, as a "white man" with all the advantages of having been born with a silver spoon in my mouth with my ticket to prosperity already punched, am not supposed to ask my "brothers" for anything at all.
It's just "not right."
*After all, the world is my oyster and I get a check every month from the N.A.A.W.P., don't I?
My friend in Massachusetts mentioned sending some money Friday, when I was using up the remainder of my "minutes" talking to him. I walked the mile to the Western Union place yesterday to learn that "It's not on here."
Then, I walked back into town, past all the guys who hang out around the Circle K, and who had seen me come out of the Western Union place.
They didn't seem to believe that I hadn't gotten anything there, and was broke.
Stingy, greedy and deserving of a beating, sure; but not broke. After all, I've got "that guitar" on my back.
I arrived in town just as the rain was starting to fall.

While I'm cataloguing my misfortunes: The parcel, which The Lidgleys sent (on December 11th) for Christmas, has apparently disappeared somewhere over the Atlantic...
I can't rely upon Alan From Las Vegas, either.
He had a handful of change this morning, which he got from holding his sign up on Government Street the day before. He held the money out in plain sight, and it seemed to me that his communication was "Now, if you had spent all your money on booze for us to share when you had it, then maybe I would be offering you a couple dollars now; See how it works?"
That kind of thing is right out of the co-dependent/manipulative behaviour Handbook For Addicts.
I have been fighting an impulse to look for reasons to hate everyone that I have seen today, with the exception of a very few. Frankly, most of them have been wearing expressions of hatred their own selves.
There is a guy right now in the library, who is sitting in a chair and bobbing his head, as if he is listening to music that nobody else can hear. I don't even know him. I look over at him and it is hard not to hate him, even though he does the same thing almost every day and it never bothered me before...
I am off to work on my state of mind by sitting in the graveyard. I might go play on the street for some money, so I will have more than 13 cents.
Tonight is Songwriter's Open Mic at Serda's. I don't have a song. My "job" is music, yet I don't have a song ready. Something wrong there.
I brushed my hair out earlier, in the graveyard, removing in the process 3 brush-fulls of strands which snapped off. I guess I am saving the money for a haircut in the future.
If I run out of all my personal care stuff and end up looking ragged; I will consider hopping the train to New Orleans, where I should probably have gone a long time ago, where I can prosper in "the city of sin."
So, to recap: "Everything happens for a reason, and supports us" If you choose to believe that.
I could see the rain as certainly having happened for a reason, my catching a cold was probably from smoking a half cigarette, which someone left in an ashtray.
The way it can support me is if I make an effort to never be in the same situation again.
I'll be happier after making some of my own money tonight, and taking full responsibility for my situation.
Posted by Daniel McKenna III at 12:11 PM

Email ThisBlogThis!Share to TwitterShare to FacebookShare to Pinterest
Labels: New Orleans, The Lidgleys of London

Comments are like bottles that wash up with notes in them 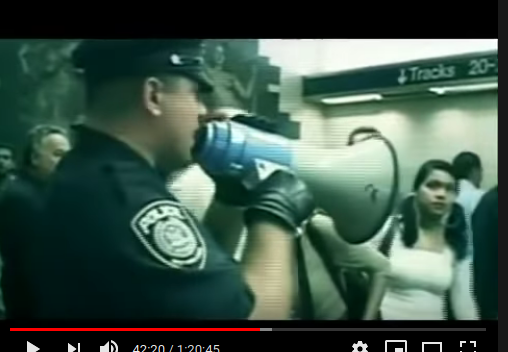